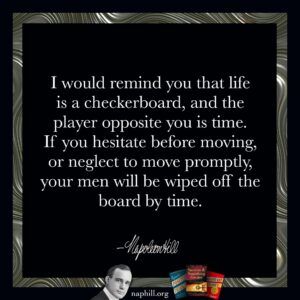 The fear of failure has killed more dreams than all other fears combined. The fear of failure is insidious because it’s largely in your imagination. It can also prevent you from even trying in the first place, which guarantees failure.

It’s interesting that very small children have no concept of failure. They couldn’t care less if they fail to do something. They just try again. There are no negative thoughts or emotions involved. They just keep on going.

But it doesn’t take long before children learn to fear the opinions of others. It’s usually around the time they start school. After that first day of school, we’re all changed forever.

It might not be possible to go recapture the mentality of a toddler, but you can come close. The fear of failure doesn’t have to impact your life significantly.

What would you do if you weren’t afraid of failing? Probably a lot more than you’re currently doing! How much has the fear of failure limited your life?

We’ve all allowed the fear of failure to influence our decisions. We’ve allowed this fear to stop us from trying new things or taking risks. We all have smaller lives than we could because we’re too concerned with what others think.

Rejecting the fear of failure is one of the greatest things you can do for your future!

You can start today. What are you going to do today that you’ve been afraid to try?

In the May 2021 issue of Science of Mind magazine, Rev. Dr. David Alexander paints a picture of what is required to turn a vision into a reality. His example is his own bramble-filled yard, where he and his wife, Patience, planned to host their wedding. He uses this as an example of the responsibility each of…

7 Keys to Wisdom Your decisions create your circumstances. What you can tolerate, you will not change. What you respect you will attract, what’s missing is what you disrespect. What you make happen for others, God will make happen for you. The secret of your future is in your daily routine. Your rewards in life…

How To Start A Movement